Emily Jabbour: I’m proud of Team Bhalla’s record, and our plan for the next four years

Below is an update from Councilwoman Emily Jabbour:

Over the past four years, Team Bhalla has made real, substantial quality of life improvements that have made Hoboken an even better place to live and raise a family. Working with Mayor Bhalla, we have been able to accomplish a great deal despite the past year and a half of the pandemic, demonstrating that as a team, we’ve been able to keep our residents safe while also making advancements in everything from water mains, open space, and constituent services.

Councilman Doyle and I have been proud to work hand in hand with Mayor Bhalla and his administration to accomplish the following:

Replaced over 7,000 linear feet of water mains: Serving on the Infrastructure Subcommittee of the City Council, we collaborated with SUEZ and the administration to allocate $33 million in funding for water main infrastructure upgrades. Today, we’re seeing far fewer water main breaks because of these proactive upgrades. 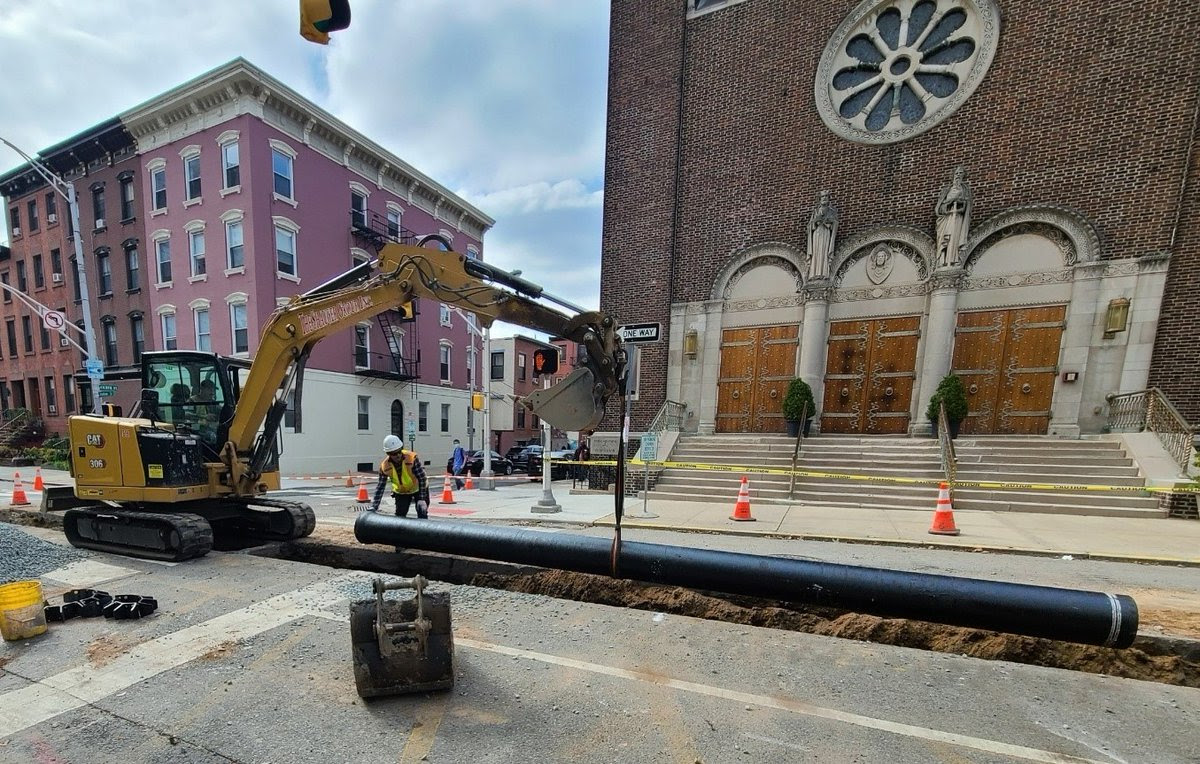 Established Hoboken’s Vision Zero pedestrian safety plan: Councilman Doyle and I strongly supported the Mayor’s plan to eliminate pedestrian fatalities and injuries and worked with the Transportation Department on safety upgrades near schools, highly trafficked areas, and installing curb extensions at locations like 4th and Garden.

Broke ground on Hoboken’s Northwest Resiliency Park: Councilman Doyle and I led the City Council in allocating funding for the build out of the park, along with facilitating community feedback that led to the final design of what will become Hoboken’s largest park with active space, including a multi-use field and passive space for quiet enjoyment. I’m looking forward to the park opening in 2022! 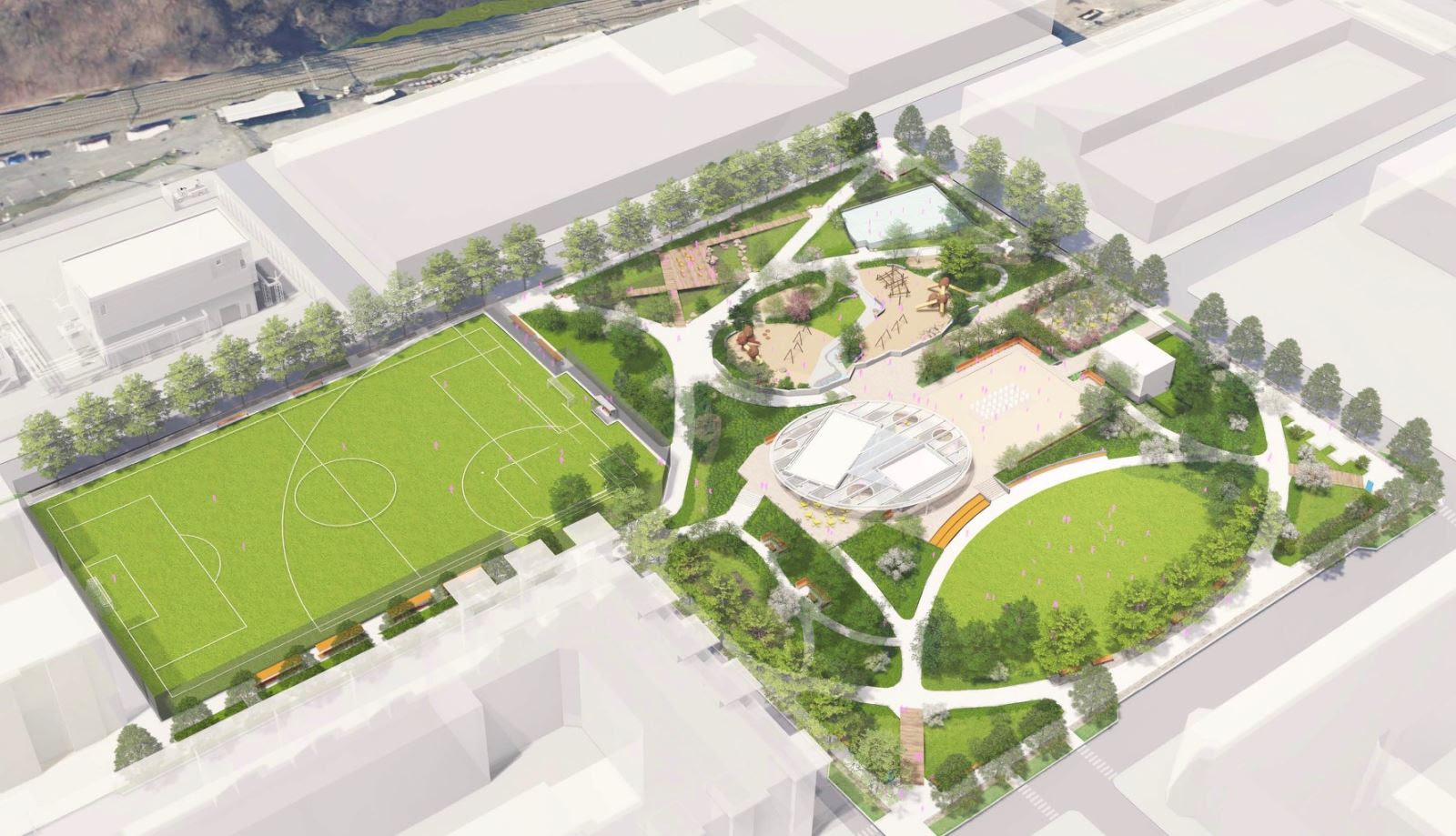 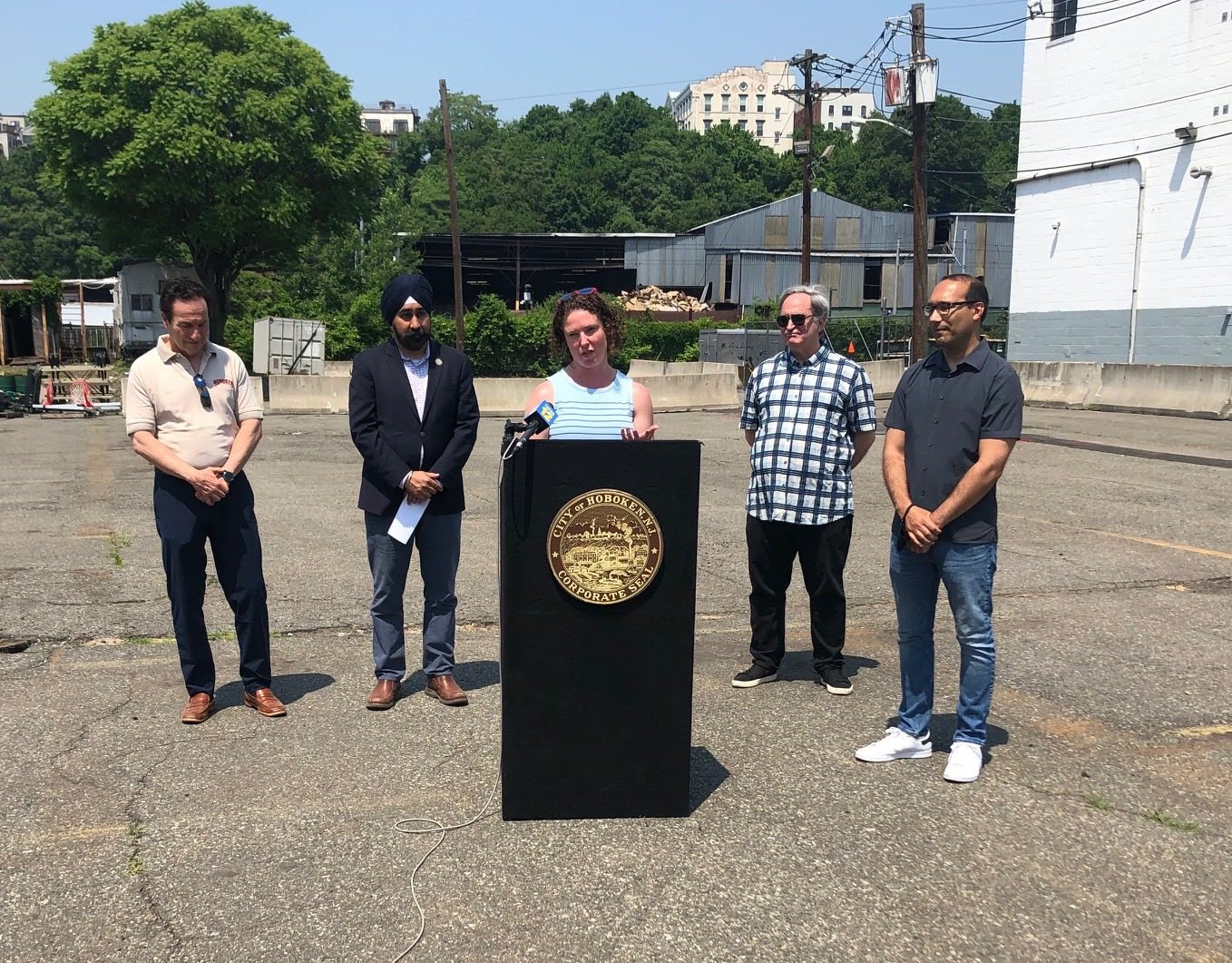 Established the HOP bus service as free of charge: With more people looking for alternative transportation options to get around town, Team Bhalla has made it a priority to keep the HOP free of charge – an initiative that began in 2018 under Mayor Bhalla and continues to this day. Thanks to this change, ridership on the HOP has dramatically increased.

Brought back the Office of Constituent Services in 2018: Councilman Doyle and I proudly supported Mayor Bhalla’s initiative to bring back the Office of Constituent Services, a department we worked with hundreds of times to help address issues both big and small. Incredibly, the office assisted over 1,000 residents during the COVID-19 pandemic. Unfortunately, this Office was eliminated by the City Council majority, despite our votes against the move.

Opened Hoboken’s 7th and Jackson Resiliency Park: Councilman Doyle served on the subcommittee that helped create the final design of the new park that opened at 7th and Jackson; we opened this park and gymnasium in the middle of my first term on the City Council. 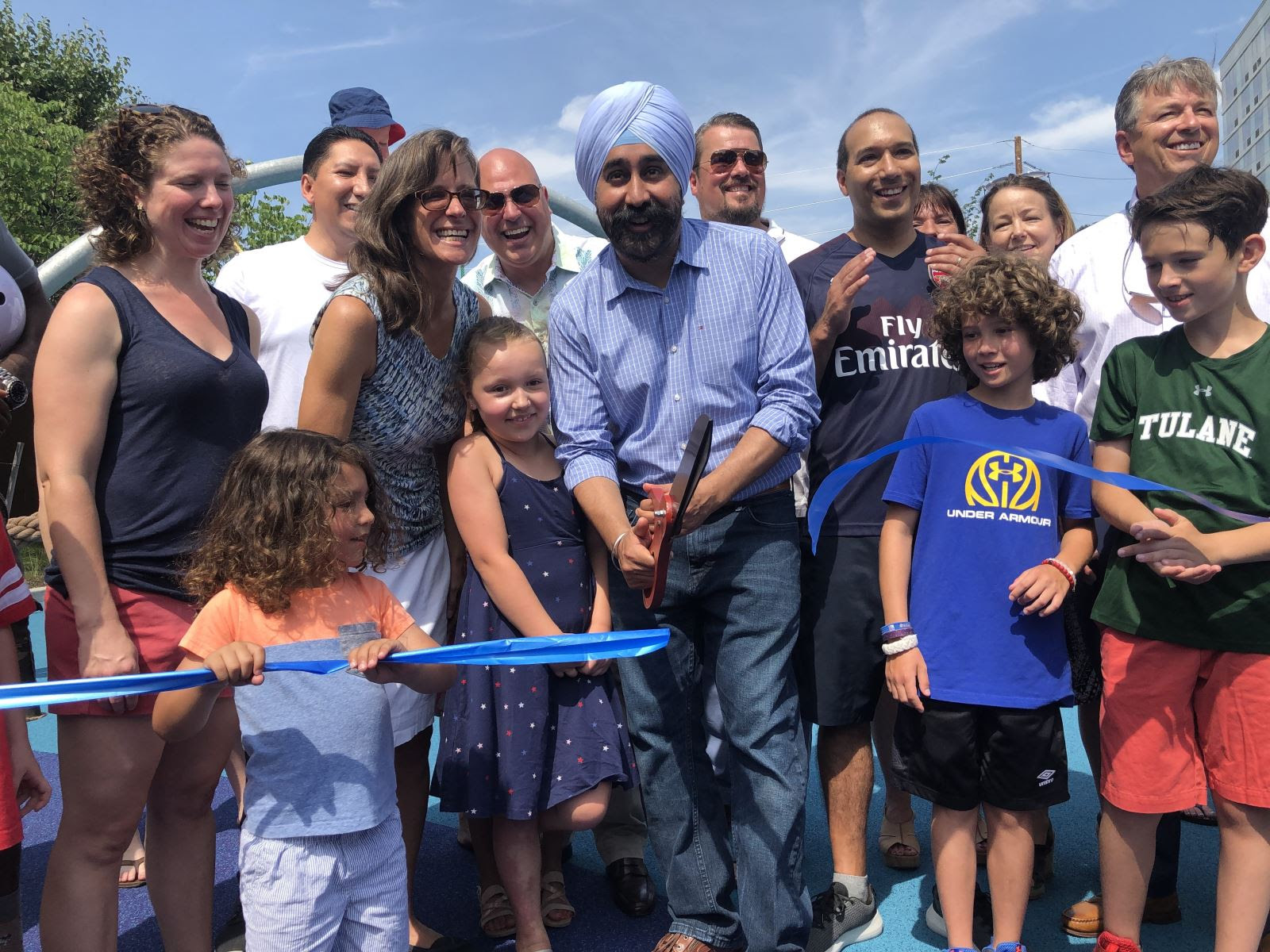 Implemented traffic upgrades in Southwest Hoboken: Acting on a major quality of life issue, we supported funding for and implementation of the traffic study for traffic and circulation upgrades to reduce congestion in Southwest Hoboken (with support from Hudson County and Jersey City) earlier this year.

These are only a few examples Team Bhalla’s record of accomplishment over the past four years, which we worked hard for and are incredibly proud of. But, there’s still more to do, and my friend and Team Bhalla running mate, Joe Quintero, has put forward a number of quality of life proposals on behalf of our slate that we plan to tackle in the next four years. Here are some highlights:

Re-establish Office of Constituent Services: Team Bhalla plans to introduce legislation to reinstitute this office with a focus on rent stabilization, affordable housing, and flood resiliency (providing residents with the information and tools to help combat the effects of climate change).

Enhance the recreation department with additional staff and technology: Team Bhalla plans to allocate additional staff to keep up with the increased demand for recreational activities and increase communication with residents about recreation options, along with a new website that will centralize information to make it easier for families to navigate.

Take Vision Zero to the next step: Already, Vision Zero has made our streets safer, but we have much more to do to help target more intersections with safety upgrades, like 6th and Clinton. We plan to allocate additional funding for Vision Zero with a focus on each specific neighborhood, with a community-based effort to identify streets and sidewalks, and safety features such as raised crosswalks and flashing stop signs.

Enhance services for seniors: Our senior services are well utilized thanks in large part to our dedicated staff that go above and beyond. We should complement these services with additional physical fitness options and other opportunities such as for seniors to engage with younger members of our community, so even more of our seniors can enjoy their retirement.

Expand HOP service to weekends: Making the HOP free was a great first step, but we should also expand the hours of operation to weekends, as well as installing signage on where to catch the HOP to encourage more users.

New recreation center with pool and center for teens: We fully support Mayor Bhalla’s goal of a new recreation center that includes a pool – this is something Team Bhalla plans to make a reality. We also would like to see this center also include options for teens during after-school and weekends, something that we believe would be well utilized by our younger population.

Move forward with protected bike lanes: Safer streets also mean safer routes for residents, children, and families to bike around town, which also ends up reducing cars and traffic. Team Bhalla will work with the Administration to identify an appropriate North/South route, which will also preserve parking on those roads, for bike lanes that create safer lanes for both bicyclists and drivers.

Allocate funding for cleaner parks: With an expansion of our open spaces in Hoboken (including our Northwest Park), Team Bhalla will allocate additional funding in the next budget for upkeep of our existing and new parks and public spaces, tackling pesky issues like goose waste, litter, the need for additional garbage cans, and more.

Connect our waterfront at Union Dry Dock and Monarch: As mentioned in prior communication, Team Bhalla will move forward with creating public, open space at both locations and finally creating a contiguous waterfront for all to enjoy.

As we move forward with the final stages of the campaign, I hope you’ll consider our record and the substantial quality of life improvements that we as a team helped advance over the past four years, and our policy ideas for the next term.

P.S. Early voting begins on October 23 through October 31 – for the first time, you can vote in-person on a voting machine at Hoboken’s designated location at City Hall (94 Washington Street, Newark Street entrance) from 10 am until 8 pm (with the exception of the poll closing at 6 pm on Sunday, October 24 and October 31). Don’t wait – make a plan to vote early and at a time of your convenience!

P.P.S. If you have any time between now and Election Day to help volunteer for Team Bhalla, we would love your help! Please sign-up to volunteer by clicking here and someone from our team will be in touch. And if you’d like to support our campaign with a donation (click here), we’d appreciate that as well. Thank you! 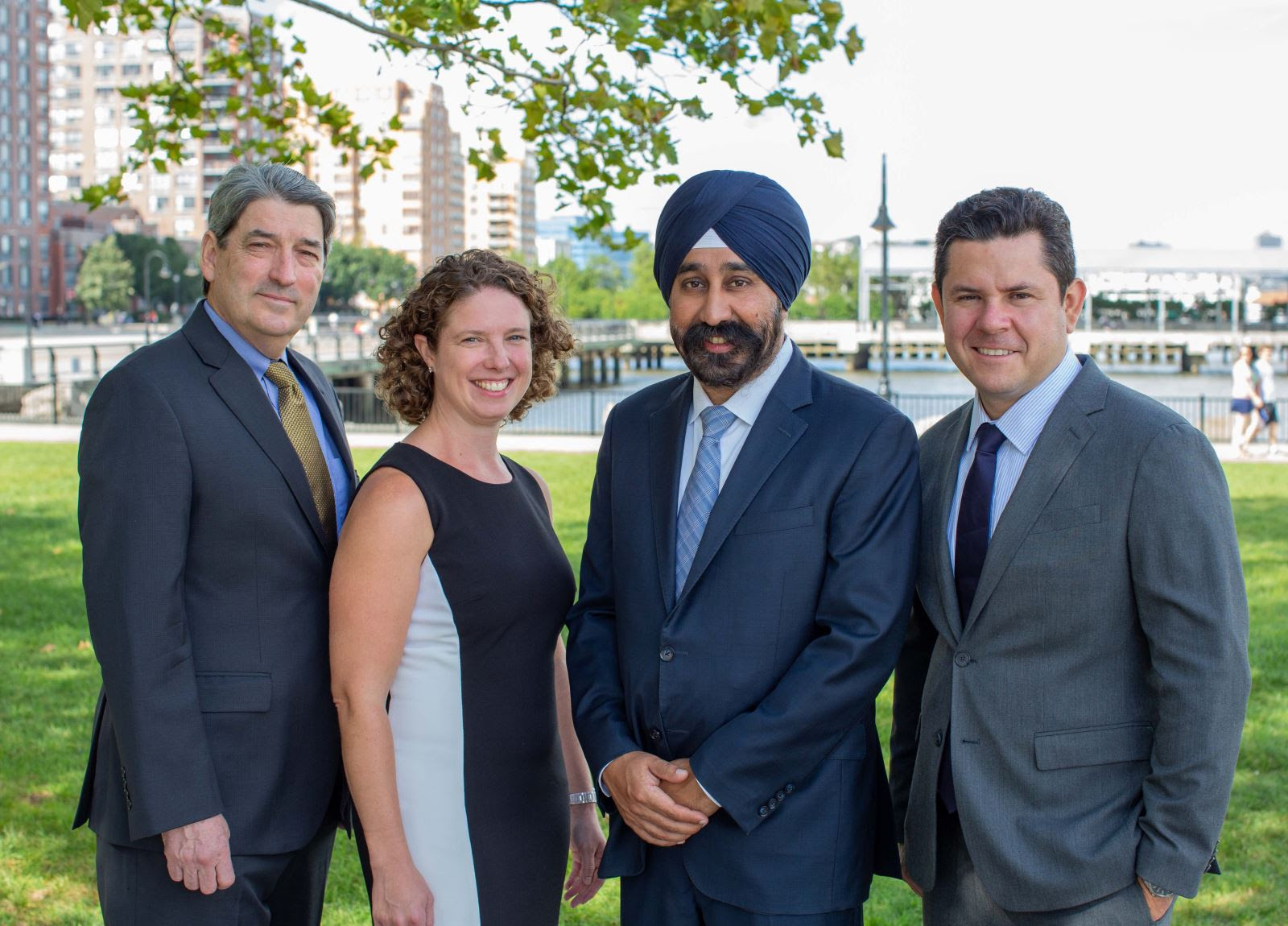